To mark International Women’s Day 2022, University of South Wales is hosting a lively discussion with an expert panel to celebrate the achievements and discuss the challenges of women working within the film and screen industry in Wales today. The event will include light lunch and networking. 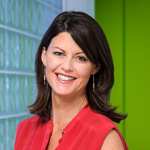 An industry leader and recent graduate of a Masters in Business and Organisational Psychology, Amanda is currently S4C’s Director of Platforms, leading the broadcaster’s strategic transformation from linear to digital-first video service provider. For five year prior, until December 2021 Amanda was Creative Director of Content at S4C where she led a team of 12 commissioners and schedulers, broadcasting more than 2,400 original hours of programming a year. As a member of S4C’s unitary board, management team and commercial board adviser, Amanda has been a key influencer of decision making at the channel. Responsible for an £83m annual content spend during her tenure as Director of Content, Amanda has strong commercial and financial skills and is an adept and confident public speaker who excels at negotiating creative, business and political relationships. A transformational leader and strategic thinker who enjoys analytically planned outcomes, Amanda is also fleet of foot and considers change management to be one of her core strengths.

Prior to joining S4C in 2016, Amanda ran her own production company, TiFiNi Ltd which specialised in making special access films on controversial but important subject matters such as adoption parties (Finding Mum and Dad for C4, Grierson and Broadcast Award-nominated) and the dangers of unregulated social media (Revenge Porn for C4). Born and raised in the Gwendraeth Valley, the granddaughter of a miner and daughter of a tinplate worker Amanda is a passionate advocate of social inclusion and diversity. She is also a huge dog lover, lapsed musician, keen but inexact cook, wife to Clive and step-mum to four children, Leo, Harry, Jake and Louise. 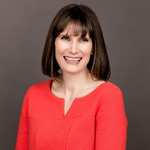 BAFTA-winning Series Producer Loretta Preece has more than 20 years of experience in television and has worked on a range of shows including Casualty, Doctors, The Coroner and Belonging in varied roles including story producer, producer, script editor and writer.  She has been the Series Producer of Casualty since 2019 and is the only Series Producer in Casualty’s history to have won the hat-trick of the BAFTA, the RTS and the Broadcast award. Under her stewardship, Casualty has received particular acclaim for the portrayal of disability on screen and a hard-hitting episode about how the coronavirus affected NHS emergency departments. Loretta is also a working Mum of three girls. 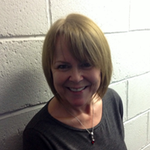 Allison began her working life with the BBC’s London based Outside Broadcast Department in London focusing primarily on sports programmes, drama and light entertainment. Allison then moved on to the Samuelson Group at Pinewood Studios working with renowned filmmakers facilitating feature films and major TV productions. Relocating to Wales, Allison went on to establish Wales Screen the organisation responsible for promoting Wales as a location for film & Television production and attracting inward investment that would have significant economic impact. In February 2018, Allison was offered the opportunity of heading up Screen Alliance Wales (SAW) a stand-alone philanthropic company based in the renowned Wolf Studios Wales. SAW was created by Bad Wolf as the company’s founders recognised that Wales needed an organisation to educate, train and promote TV crew and infrastructure throughout Wales. SAW is the gateway between the industry and its workforce. It grows and promotes the talent, crew and services of the TV and Film Industry in Wales. SAW is unique to Wales and is quickly becoming the industry standard in promoting the complete supply chain from one single place. SAW is not led by the public sector it is created by the industry for the industry and it will be a powerful advocate of the crews, facilities and the talent that it represents.

Ruth McElroy is Professor of Creative Industries and Faculty Head of Research. She is co-director with Professor Lisa Lewis of the Centre for the Study of Media and Culture in Small Nations. In public life, Ruth McElroy is Chair of Ffilm Cymru Wales and Co-Director of Clwstwr. She is a member of Ofcom’s Advisory Committee Wales, and helps inform media policy through her membership of the Institute of Welsh Affairs Media Policy Group.

Ruth's main research interests are in film and TV studies, media policy and cultural identity with a particular interest in minority-language media.